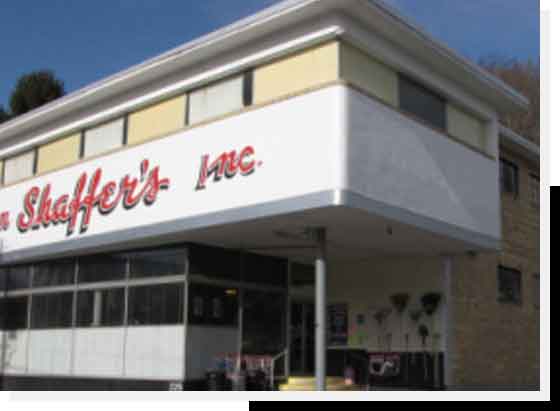 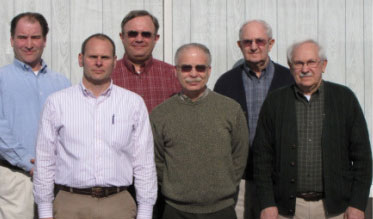 Look back 116 years and you’ll find the humble beginnings of a multi-faceted family business that continues to prosper today – Daniel Shaffer’s Inc.

The history begins with Daniel Shaffer being employed by his brother-in-law P.J. Blough, owner of Hooversville Hardware Store. Shaffer liked the business and became partners with Blough, in 1901. Within a year; Shaffer bought his partner’s share and the name was changed to Daniel Shaffer’s Hardware Store.

Daniel Shaffer is grandpa to today’s third generation owners Warren Jr. (Bussie) and Ronald (Butch). According to the family history, grandpa Shaffer and his wife would make regular trips by train to the state of Indiana for supplies, such as spring wagons, buggies and sleighs.

Grandpa Shaffer sold Model T Fords, said Butch. He told the story about how Henry Ford was expanding his business and felt his dealers should do the same. A railroad car full of lime arrived at the train station down the road from the store. Grandpa wasn’t consulted about the shipment, so he refused it. He was so mad about receiving something he didn’t order that he and Ford dissolved their partnership, explained Butch. To this day the policy for the company is you do not accept merchandise which is not ordered.

The Shaffer family is still conservative with purchases. They belong to a buying group that allows them to buy merchandise at the same price as their larger competitors. Our group has billion dollar buying power both on electronics and appliances, said Bussie. As for furniture, they buy that direct from the manufacturer.

Since the prices and merchandise are often the same as the big box stores what differentiates Shaffer’s? When you buy here, it is on a more personal level so if there is a problem customers just call Bussie or me or the salesman and say we are having a problem, then we take care of it, replied Butch. The company has 12 employees including Bussie, Butch and their two sons who are also owners, Craig and Ronald L. “Most of our employees have been with us for a long time. We do have some turnover but not a lot”,said Butch.

Another unique thing about Shaffer’s is that they can furnish an entire house. “We can sell customers appliances, electronics and furniture. We can install carpet and provide paint for a new nursery. If they want tools for the garage, we have hardware,” offered Bussie.